Don’t make the fatal mistake of focusing on the products you sell instead of who you sell them to.

You’ll end up stuck with a loads of stock you can’t sell instead of cash in the bank.

Ecommerce is associated with selling products, like Akubra hats. That makes it easy to focus on the product not the customer. Think about Bruce who wants to keep the sun off his head, flies our of his eyes and pull off that classic Aussie look.

Existing customers are easier to sell to (mainly via email marketing, which you’re doing right? course you are, you ain’t a total drongo.)

When expanding your product range, think what the customers you have want, not what is easy to make, buy or import.

For example, if you sell high end dinning room tables, it’s easy to want to expand the range to low end tables because the thinking is…

Your existing customers, who are easier to sell to, expect high end products from you, not a competitor to a $10 Ikea table!

The next obvious product expansion would be high end chairs.

However you expand the product range, your existing customers should think “Oh, that makes sense”, not “What is this all about!”

And for gods sake, don’t try and be everything to everyone.

You’ll end up meaning not a lot to a few people.

Ah the old good US of A. The home of fast food and over confidence.

They speak the same language as us Aussies, so surely we just turn on some Google Ads in the US and off we go?

Successfully expanding sales to the US is a big job.

You’re smart, so you’re selling products you stock meaning you can deliver quickly (because drop shipping is only for galahs who think they can get rich because someone on a Facey ad they said you could, and why would they lie?). Delivering quickly keeps customers happy and coming back.

Therefore to sell in the US you need stock there. Which means splitting the stock you hold here in Australia, which will limit your sale here.

Selling to US is like selling to 50 different countries. Each state has different import and tax rules. There is this really painful thing called Nexus, which basically means you collect the US equivalent of GST for each 50 states you sell in.

If you’re massive fan of paper work and bureaucracy then it’s right up you street. Otherwise, avoid untill you can.

That adspend isn’t going to go far, it will be spread too thin.

It will be about as effective as trying to put out a bush fire by pissing on it!

Are you ready to start selling in the US?

This is the real question you want to ask.

Have you maxed out all sales in Australia first? Has this generated a large pot of cash to buy more stock and run some big ad campaigns there to test if yanks want to buy from you?

If the answer is no, then I highly recommend you don’t start focusing on the US until you have done the above.

I’ve seen a lot of eCommerce businesses (very well known brands here) try and fail, because they under estimated the scale of the challenge.

Is your store suited to the US?

I often joke on Boom Ecommerce that yanks just want to teach Aussies to sell thigh masters via drop shipping.

Us Aussie are more genuine. After living in the US I saw first hand how different the culture is there and what buyers respond to.

For example, in most cases people in the US won’t care that it’s Aussie made, although that can work well here. You’re sales pitch often has to be over confident and loud.

Unless you have a uniquely Aussie product that yanks want, it’s basically like starting all over again.

Remember how hard that was setting up and find the sweet spot to grow you business here?

I’m not saying don’t do, but just realise what a huge undertaking it is selling in the US from Australia.

How to start selling in the US

Firstly you’ll need a US version of your site. Because the good old US have come up with their own version of English, it’s called English US.

In S’tray we use Commonwealth English or English UK.

Side note, when I lived in the US someone asked me where my accent was from, I said England (I grew up there), they then asked me where I learnt English!!!!!

If your website says your product “colour” is X, they will think you have typos. They spell it “color”.

US dates are month/day/year, not day/month/year.

Another side note, my birth is on the 16th of the month. I went to a bar, they ID’d me and said you have a fake ID, there is no 16th month!

As I said, the US is different to S’traya.

So you have a dedicated US site, with…

Now you need to start running ads to get traffic. Pick a state that you have already made sales in organically (they just found you and somehow managed to order from you paying more for shipping than the actual product, you know the ones).

Limit your ad targeting to that state or city.

Make sure you do loads of remarketing as most people won’t of heard of you and will need some convincing.

Run it for 2 months and see what lands.

If you make sales, scale ad spend and expand other marketing.

If you don’t make significant sales you’ll need to find out why US consumers don’t want to buy from you. Which is literally the million dollar question, and never easy to answer.

You know what to sell, the site is being setup or you’re already trading.

But how much revenue will your Direct To Consumer (DTC) eCommerce brand do and what will your expenses be?

Excel is demanding answers, and your pulling more figures out of the air than Trump!

You’re not a lone. To make things worse it’s the most important thing you’ll do in your eCommerce business.

However, to create an accurate forecast you need previous sales data.

If you’re a start up, you don’t have that.

Ideally you’d know your eCommerce conversion rate and how many visitors you can get with all your marketing activity (you have a marketing plan right, course you do).

However, until you start selling you won’t know these figures, and averages, in this case, are about as useful as a drunk bogan at an economics convention. Entertaining but ultimately a distraction.

You’ve told me all the things I can’t do, what is the answer?

All smart DTC eCommerce sites buy and hold stock so they have higher margins and quick delivery times.

If you’re drop shipping I suggest you pay an online guru who works from a hammock far to much money to help you and find out it doesn’t work. See you in 6 months.

Anyway, you have or need to commit to certain amount of stock. The more stock you buy the greater the opportunity for sales.

Buuuuuut the more stock you buy the greater the risk.

Time to put on the big girl/boy pants and commit some cash. Otherwise this thing will never work.

Work out how much you plan to sell that stock for. Lets say your gross margin is 50% your retail value is $20,000AUD.

You can only sell the stock you have, so until you order more, your revenue will be $20,000AUD.

Now split that into months.

The amount of months will be depend on how aggressive your marketing is.

If your approach is “I’ll build my site and they will come”, then forecast those sales to be over 120 months or 10 years. Because unless you get so lucky that you should buy a lottery ticket, you won’t be selling much anytime soon.

Back to the forecasting.

You should now have sales by month for the stock you have, but what are your other major costs?

These will vary on your setup.

How much you spend on advertising will depend on your Gross Margin and how aggressive you want to be.

After 3 months of trading you’ll have some data to work with that will make for better forecasts.

If you’re not sure of any of the figures (start-up eCommerce costs or % of marketing spend to revenue) or terminology i.e. Gross Margin, how much you’ll need to get your DTC eCommerce business started, signup for the Boom Ecommerce Training course. It has everything you need to know.

You want to sell as much as you can.

Sell too much, you’ll run out of stock.

Run out of stock, no cash flow.

Sell too little, your cash will be tied up in stock.

The most important activity in any eCommerce business in getting your sales forecast right.

It dicates how much stock to buy and when.

How much you can spend on adverting.

Who you can hire.

Don’t skip it or half arse it.

Dedicate time to getting it right.

Your future self will thank you.

There is no end of eCommerce advice from the yanks.

Normally how to sell thigh masters via drop shipping (which is about as useful as tits on a bull) and they generally like to tell you how awesome they think they are.

When we discovered the Add To Cart podcast which is produced here in S’traya, we were pretty excited.

Learn from Shopify APAC team and other eCommerce professionals who work here.

It’s a gold mine of insights, treat yourself. 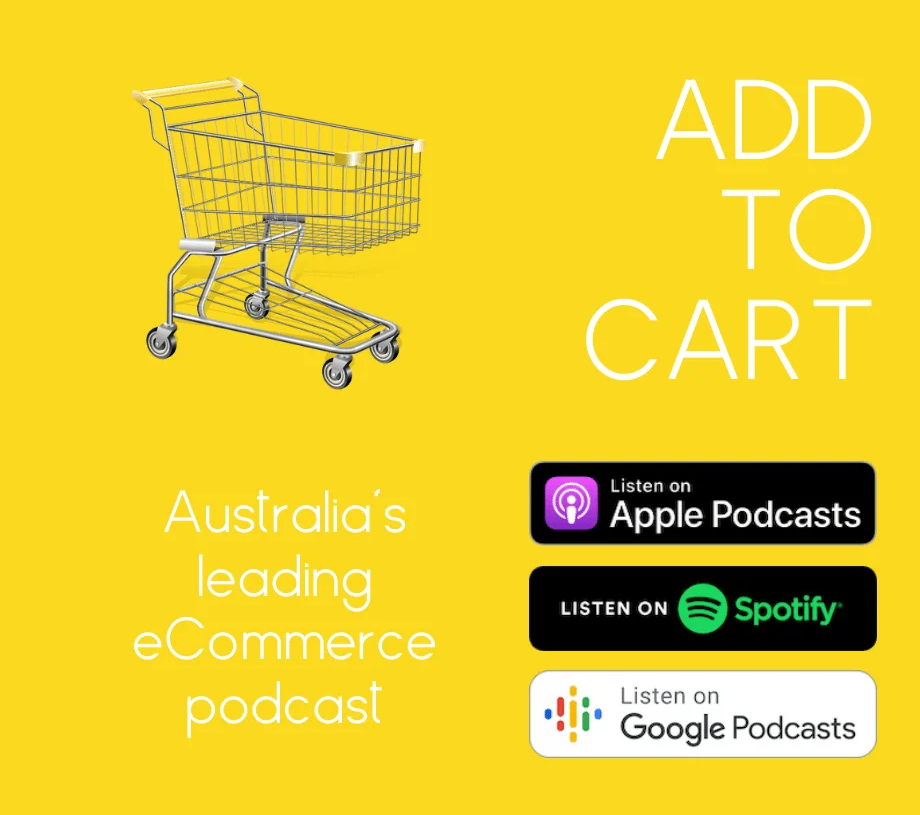 Stock control is one of the hardest things to get right in eCommerce. It’s often not talked about.

If you want to see how really successful brands manage it, the team at People Vox (warehouse management tool) run a really good Youtube channel.

Learn how to pack orders efficiently and watch interviews with successful eCommerce owners.

It’s a hidden gem on the Internet. 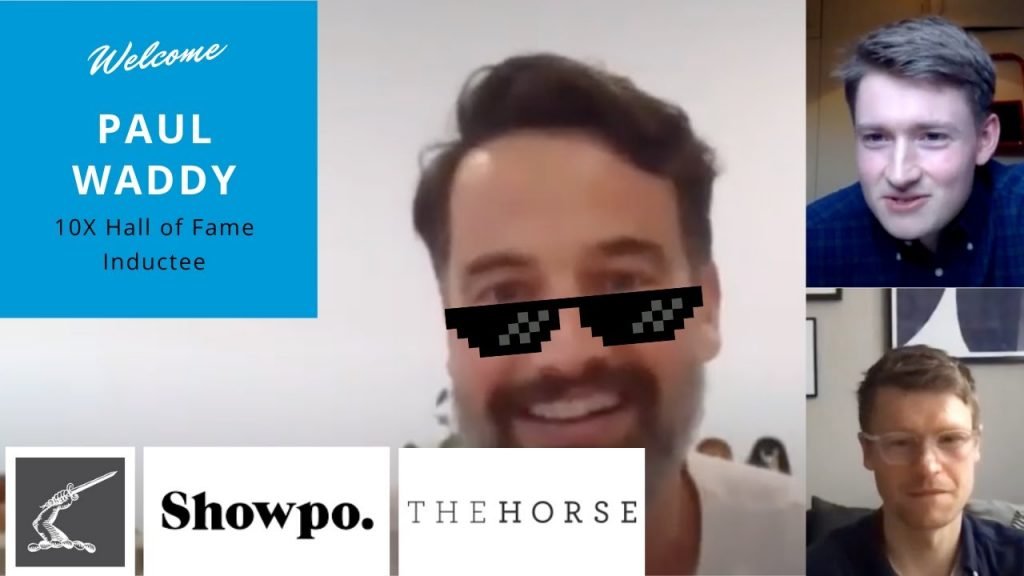