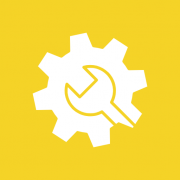 Unlike some other eCommerce services, like WooCommerce, Shopify provides a hosted service. Think of it as a full-service eCommerce platform.

Hosting is like a home for the website code. It’s basically a fancy computer called a server and from time to time, like your computer at home or in the office, it has a hissy fits and needs some attention.

The great news is that unlike your home or office computer, Shopify has over 100 people (and growing) dedicated to making sure all the sites stay live.

First thing to check if you can’t load Shopify

Shopify runs a handy little site called Shopify Status. It will tell us if it’s having any issues with the different sections in its system. For example, the admin login, check or storefront. 99.9% of the time it looks like this…

However, when they have an issue like they did on Wednesday 12th Jan 2022 it can look like this…

This means Shopify is having an issue, and more importantly, know about it. In the above example, Shopify store owners couldn’t log in to the backend to process orders and make changes, customers couldn’t check out and their in-store point of sale/tills weren’t working!

This was a pretty big outage and lasted about 2 hours. It was a global outage, but sometimes they can be localised to specific countries like Australia. It just depends on what has gone wrong.

What to do if Shopify Status is showing issues?

If there is an issue showing on the Shopify Status page there are 100 people at Shopify running around trying to fix it. There is no point in trying to contact them. They know and are trying to fix it as quickly as they can.

I make a note in Google Analytics using annotations so when I look back on the month and see a dip in sales I can remember what might of caused it. If it last more then 20 minutes I’ll turn off any ads on running on Google or Facebook for example and make sure if I’m sending out an email campaign it’s delayed until it’s back up.

Then I like to make coffee and put my feet up. There is nothing I can do so might as well take a well-deserved break!

What to do next if Shopify Status isn’t showing issues?

You might be one of the first few people to see the issue if it isn’t showing on Shopify Status. However, that is pretty unlikely. I normally just wait 10 minutes and Shopify Status shows the issues.

It sounds obvious, but if you’re in a rush check your internet connection is working. Googling anything will confirm this. Also, try a different device like your mobile or a laptop.

If all that is working you need to identify exactly what isn’t working with Shopify.

With the exception of not being able to log in, which is unlikely if the Shopify Status is ok, you’ll need to contact the person or team who make changes to the Shopify theme aka how it looks. This is normally your web developer or someone technical. There is a good chance they’ve made a recent change that is affecting the way the site displays.

The internet is a pretty complex beast made up of lots of different elements. To simplify it you can think of a ecommerce website having 3 main parts.

Shopify could be down because of any or a combination of these 3 things breaking.

For example, a domain name is like a phone number. When you type it into your browser it “calls” a server to ask for the code. If the internet has lost the details of where to route your call (the geeky term is DNS) your browser/computer can’t find the server where your code lives and the site won’t load.

Or some code on one Shopify server that has been updated chucks a hissy (technical term) and causes part of a site not to work.

How often does Shopify go down?

It’s rare. It might happen a few times a year and is often only for an hour or two. There have been cases where it’s been longer but after working for a web hosting company I can guarantee you Shopify is down for less time than if you host a website yourself!