The seemingly ultimate goal of any business with an online element to it. Everyone appears to be doing it, it looks low cost and easy to do. Let’s go viral!

In my digital marketing agency days, you’d cringe when a client asked if you can “make something go viral”. It’s up there with “Can you make the logo bigger?“. Ironically I had this when setting up the Boom Ecommerce site but caught myself before I did!

Asking to go viral made me cringe because the chances are slim, very slim especially for the effort. There is A LOT of content being published every second on the internet and getting attention in a world of endless new content on social media feeds, it becomes more even more elusive.

Don’t get me wrong, having a social post, video or other content with your brand on go viral for news, content, software (SaaS), apps, eCommerce marketplaces or any business that doesn’t hold stock can be a game-changer. Lots of free coverage for cents compared to paying thousands on advertising. It works for the previously mentioned business because there are few limits to how many customers can sign up due to the nature of these businesses.

However, for stock holding eCommerce businesses, it can be a really big problem.

Why is going viral an issue for stock holding eCommerce businesses?

If you’re an SMB Aussie eCommerce business, you might be doing anything from AUD$50k a year to $10m in sales. It could takes 2 months from ordering stock from your manufacturer to get to where you ship to your customers from (if you’re lucky with all the effects of getting stock from overseas because of the pandemic).

This means on Jan 1st you need to know what sales you’ll be making in March to have stock ready. The only way to accurately do that is to make an eCommerce sales forecast based off previous sales and estimate what they will be. This is a very special skill in itself (my wife does it full time for a toilet paper company, and I can tell you it isn’t easy, even before the pandemic).

If you place your order in Jan and then you go viral in March you won’t have enough stock to meet the demand. You’ll end up missing out on all the interest at that time. Yes, you can take pre-orders and collect emails and followers to try to follow up with later. But the nature of being viral is hitting the sweet spot of what the masses want at that moment.

It’s an even bigger problem for Aussie eCommerce stores

S’traya is a big old place. I was shocked when I learnt it’s as big as Europe Union but only has 5.7% of the population!

This means to effectively get products to customers quickly you often need multiple warehouse across Australia. Sales are never even across a country so it’s easy to say stock out in South East Queensland, but have loads of stock in Perth which is costly and slow to get to customers. Unexpected spikes in sales cause these stock outages.

The most long term consistently profitable eCommerce businesses (which is what you want) have great well-branded products they can get to customers quickly.

Going viral is unpredictable and often cause more issue than it solves.

What if my eCommerce business has loads of stock in preparation for going viral?

I like your thinking. Preparation is key to success in most things in life. As Jim Collins, the author of one of my favourite books Good to Great, puts it successful businesses get “Return on luck” by being prepared.

You might get loads of stock in preparation for going viral and use lots of precious cash. Then you set about going viral.

Going viral is really hard and unpredictable by nature. Although some claim to have the formula there is no guarantees. It’s a very big risk to take. What if you burn all your marketing budget trying to going viral and can’t sell stock to pay for other costs like ads, staff or your own wages?

You’re now stuck with stock you can’t shift. That is a big risk and having too much stock and not enough sales is often the end of an eCommerce business.

What if I already have lots of stock I need to clear?

You might be a bigger business that has stock you need to clear. Again it could work, but going viral has a very low chance of happening. If you’re carrying too much stock it means precious cash is tied up and that isn’t a place you want to be (if that is you read Stark Knaked Numbers by Aussie Ecommerce Account Jason Andrew).

It’s also a bit of a hail mary last chance if you’re overstocked and put all your hopes in going viral. Again not a place you want to be. You’d be better doing a sale to clear stock and get cash flowing again as most experienced retailers do.

What should we do instead?

Don’t get me wrong, if it happens great, try to make the most out of it. Collect email addresses as part of a waiting list and hope it cements your brand in the mind of potential customers you don’t have stock for.

What to do if Shopify goes down in Australia? 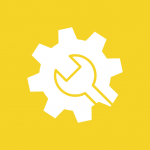